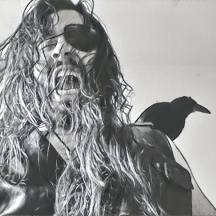 All the cool kids are doing it. So I set up a Discord server.

Join up and it’ll give you another path to talk to me and badger me. 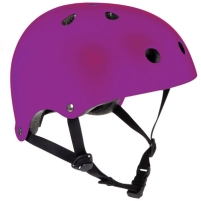 Yes, I am watching you and you’re watching me. A fair chunk of ‘outrage traffic’ comes via you, but we seem to be funding OK in spite of, or because of, that so I don’t really mind. I was resigned to another hate-fest, especially from your quarter, but I’ve actually been pleasantly surprised by the quality of some of the discussion on this thread, though you do have to step around the usual blithering hatemongery.

While I’ve got you, may I suggest therpgsite as a much better platform for honest discussion.

I am watching because I think there are things that should be addressed and your forum doesn’t give me the capability to answer them there. I’ve seen some valid concerns raised and have made a few revisions on that basis. If you want a discussion though, RPGnet isn’t going to be the place to do it and you’re welcome to discuss – in good faith – here.

As to a victim complex, no more or less than other people involved in recent kerfuffles and given the abuse etc I don’t think it’s entirely disingenuous to ‘play the victim’. If you don’t want me to come across that way, you could always stop trying to victimise me.

I’ve actually been very happy about the quality of the discussion on your forum (apart from the usual suspects) who have brought up many of the things that make Gor such an interesting and challenging environment and setting. These discussions have also made it clear that I will have to be more explicit in the book about certain things and more explanatory and helpful about others, as well as providing notes on less default ways to play.

There was some thought around indie-game format games that would play out the romantic D/S side of Gor. I sympathise and I toyed with that idea for a while but I don’t think it really suits the audience I’m trying to reach with this. There’s already a large, existing fanbase and I think normal, basic roleplaying concepts can be difficult enough to explain without bringing in a lot of indieisms.

I’m neither a truly ‘traditional’ gamer, nor a truly ‘indie’ gamer. I believe that system matters and that the right system is the one that is synergistic to the goals and setting. D6 has pedigree as a beginner system, nostalgia quality for older gamers, ease of understanding for newer gamers and the advantage of using D6s with tactile dice pools. Meta-mechanics found in many indie games wouldn’t really suit the kind of sword-and-sandals focus that I expect a lot of people to take with Gor (Spartacus, 300/rise of an Empire) etc. As such I think a more robust and broadly capable system is necessary.

I’ll just end – again – by reminding you that fiction is fiction and does not, necessarily, have anything to do with the feelings or true beliefs of the author (or in this case the one making the game from the books of another author). This shouldn’t need to be said, but apparently it does.

That said, comments are open (but moderated) for genuine questions about any aspect of the project.

I’ll append Q&A to the bottom of this post as we go along.