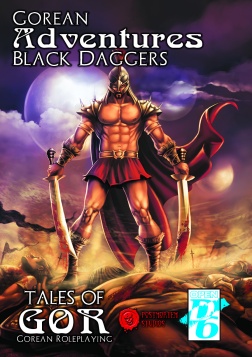 The Black Caste has waxed and waned significantly in its fortunes over the last fifty years. From honourable instruments of death to creatures of scorn and ridicule hiding – rather than lurking – in the shadows, only to slowly grow in importance again. It can be hard to think of the caste as honourable, but they have their own codes, restrictions and way of life. They’re a society hidden within a society, and once they take coin, they will take a life or die trying. Save in the most exceptional of circumstances.

Most Goreans reason that a person who is marked for death by an assassin must be deserving to some degree. Paying the – usually exorbitant – fee to have someone killed, all but guarantees their involvement 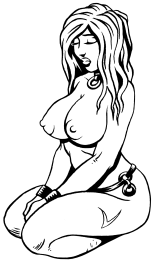 in criminality, espionage or some other skullduggery and the presence of assassins used to help keep people honest.

Diminished in number, but not in skill, the Caste of Assassins is rebuilding its reputation as dealers of death without equal – even amongst the Scarlet Caste. Now they have set their sights on Tyrtaeus the Slaver, a friend and ally to the agents of the Priest-Kings whose death would be a significant blow.