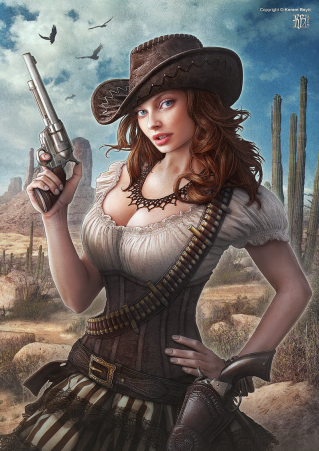 I’m a firm believer in the idea that systems do matter when it comes to games. This is less true in computer games, where the machine hides the mechanisms from the players for the most part, and can handle special rules, exceptions and complex calculations without slowing down. In roleplaying games, however, system very much does matter and the best games have system and setting that works in tandem.

Call of Cthulhu’s sanity system, as well as its relatively gritty and deadly core system, work in tandem very well to produce an outcome where players are extremely careful and even may keep themselves deliberately ignorant to avoid madness. It doesn’t always work and a tommy-gun still solves a lot of problems that it, perhaps, shouldn’t, but when it does work – it’s perfect.

To read the rest of this article and others, and to get discounts – support me on Patreon or Minds.com.

I have so many ideas but am limited by my illness (depression), the amount I can conceivably do as a one-man company and by money. If I had the budget I could hire more, other people to write for me and thereby increase my output. It’s just not something that’s possible though.

I would like to move more into writing for computer games, even small indie ones. The pay is better, even at the lower tier of these products, and the potential for reaching a larger audience is also huge. It’s how I’ve wanted to move my career for some time, but the enquiries and opportunities never quite pan out, or disappear into development hell.

To read the rest of this article, and others, as well as to get discounts on material and tshirts, support me on Patreon or Minds.

Too many to mention. I have a bibliography somewhere, but I don’t really keep it that up to date. There’s everything I’ve published myself, and then there’s the various other games that I have worked on material for. I’ve had stuff published for Call of Cthulhu, D&D 3rd Edition, D&D 4th Edition (official, not just OGL, but that too) and various other odds and sods over the years.

Tell you what, I’ll take this opportunity to talk about three of my favourite of my own games that I’ve written and since that counts as shilling, I won’t paywall the rest of this article.

Blood was a fairly obscure British horror game, very much slapped into the genre of Splatterpunk, the likes of Sean Hutson, the grimier end of Clive Barker, Graham Masterton and so forth. Film wise it very much lurks in B-movie slasher territory, though its gritty nature makes it perfect for survival horror. We played Blood to death throughout the nineties, a grislier counterpart to our high-falutin’ World of Darkness games. It especially led to some really gripping zombie horror games in the Romero tradition. We were the hipsters of zombie horror gaming, we liked it before it was cool. Blood also turned out to be perfect for short, one-shot convention games where nobody had ambitions to survive a full scenario. On the off chance I contacted the original writer and artist and they gave me permission to take the game on for a cut. Since then I’ve continued to publish a second edition of Blood and fully intend to make a more streamlined game for a third edition. There’s just something magical about the way the game plays and the attitude it engenders in Games Masters and players that makes me love it.

I love all those old 1960s and 70s adventure shows. The Champions, Gerry Anderson’s various shows, The Saint, The Avengers and so on. The straight-faced campness, the 60s style, all of it blends together nicely so that you could easily imagine many of these shows sharing the same world (many of them were produced by the same companies). This was a good fit for FATE which could allow all sorts of weirdness to exist side by side while still being able to compete with each other. I wove ‘mockbuster’ equivalents to all these wonderful characters into a single organisation (SWING), a private spy agency not dissimilar to – but written before – Kingsman. Turns out pregenerating all those characters was a great idea as it allowed people to jump right into the game and have a great deal of fun. We had a memorable convention game where almost every player was playing Roger Moore, just as different characters (Bond, The Saint, The Persuaders). A lot of fun. 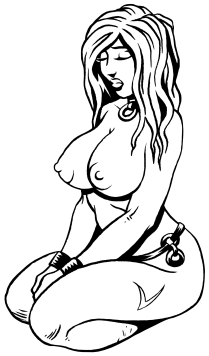 think we can call it that with a straight face today. In fact the world-building is extremely good and – through fantasy – it challenges ideas about gender relations, humans in a ‘state of nature’ and many other things. It’s more than just slave girls and chains. I’ve loved it ever since I was gifted the first twenty or so novels and long wanted to create a game around it. Tracking down who to talk to was tough, bracing myself for the inevitable backlash was tough, and bracing myself for the Gorean purist’s complaints was also tough, as was working through a period of particularly bleak depression. At the end of it though I produced a game that I am very proud of, illustrated by renowned fetish artist Michael Manning and which hasn’t elicited quite the backlash I was expecting. I’m very proud of it.

What would an RPG become?
Would it be a game most fine?
If every time you did something
The action had to rhyme?
Can you slay a dragon
When wordplay comes so hard?
At least there’s finally a reason
To play the part of bard

Any fantasy game with a slightly more whimsical turn.

I do love playing games with my regular group. These days the games and the situation have a bit of a different character to what they used to. It’s different for me to have a small regular group rather than an enormous and ever-changing horde. As we’ve gotten older the regular gaming weekend has become a ‘men’s retreat’ from wives and girlfriends, from family-enforced vegetarianism and so on. A chance to recapture a bit of our youth, eat take away, stay up late and indulge vices from our teens and twenties again. Most of the same group also meets with other friends for regular games, but I live in the sticks and they live in town, so I don’t get to game as much as I would like. I keep meaning to start streaming games but time zones are a bitch…

Continue reading this article, and others, for a buck or token at Minds.com or Patreon.