This is called negativity bias and it exists across just about everything from customer service to Facebook posts. It manifests as anywhere from 2-5 times more often that something negative is said and shared than something positive. So, if you’re tallying up good and bad reviews or comments, mentally multiply the good ones so you don’t feel so bad!

Other than positive feedback (because it’s rare and the proportions are out of whack) the best kind of feedback occurs when someone tells you WHY they do or don’t like something. That way you get something useful you can work into your next game or you can see that this person doesn’t get it, wasn’t the right audience or whatever else.

“Your game sucks because the initiative system is broken, allowing slow baddies to go first.” Is, but shows that maybe they haven’t understood, or you have made a mistake.

“Your historically accurate game, set in medieval Bohemia, sucks because there aren’t any transabled, genderfluid people of colour in positions of authority.” Is helpful, because the person doesn’t appreciate the point of historicity, the freedom the make their own games or what you were trying to accomplish.

“Your game is rad.” Is great for the ego, but not helpful.

“Your game is rad, I love the way that one power allows me to kill any enemy in a single hit.” Even though the person is happy, either there’s a problem with the system or they’re interpreting it wrong, which is useful.

“Your game’s great. I love to fap over the picture of the succubus.” Is just… oversharing.

One of the best things you can do for any game maker whose work you enjoy is to spread the word and leave reviews and comments. This is possibly even more useful than direct patronage. 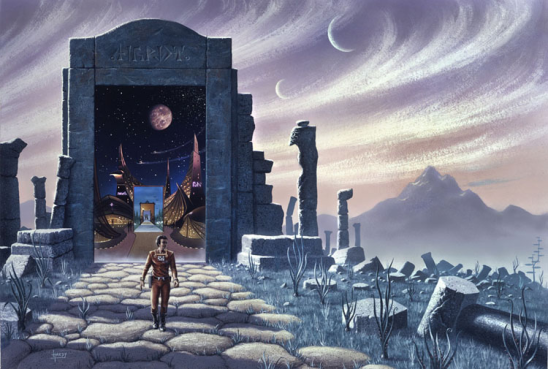 I don’t want to make things as complex, and frankly silly, as happens in other games, with a multitude of different realities all impinging on one another. I also want to leave certain things in question in a way that they are not in other games. Are the gods real? Is there a heaven or a hell? Is there an afterlife of any real kind? Is there good or evil in any real, meaningful sense or is it all subjective and according to your own perceptions? At the same time I want there to be a ‘metaphysical’ basis to certain ideas and concepts, a reality – if a questionable one – to spirituality and an explanation of things like ‘level’ (why some characters are so much more powerful than others)…

To read the rest contribute as little as a dollar a month to my Patreon or Makersupport, or pledge a token (and check my blogs) at Minds.com.

I have a target of $200 per month for my Patreon, to support my blogging, Youtube channel and general work. Even a dollar a month would help, so if you enjoy my work, please consider donating. You’ll get early access to work and ideas, access to me for questions and support as well as discounts on my goods and services.