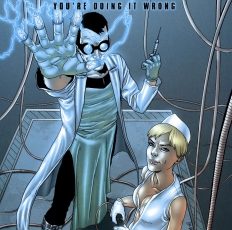 Had some useful and interesting feedback from people, so let’s lay down some slightly more concrete proposals and begin to prepare to make this ‘a thing’.

It has been made pretty clear to me from a bunch of people that they’re unwilling to cede the ground of coming up with a new term other than ludology/game studies and that they would rather see the term being somewhat reclaimed away from crit/lit theory.

Speaking for myself, I just want to get this started and then step back. It’s my hope that groups like League for Gamers, and various websites, may take on, store, present and replicate what’s produced and that it can eventually become a respectable source of useful information for developers, academics and interested consumers.

I recognise that I don’t have the academic chops to make this into a respected enterprise, but hopefully do have enough ‘oomph’ to get it going. My intention will be to hand off to someone else in the future.

This will also have to break free of Gamergate, but GG has provided the impetus and illustrated the need.

The journal needs to be established on some principles to ensure that it doesn’t easily fall into the same problems as other outlets have. We don’t want it to be an ivory tower, an echo chamber or a positive feedback loop. We also want to make the contents as accessible as possible and as supportive as possible.

As such I think principles of openness would need to be core.

All, at least, so much as is practically possible anyway.

The most important principle is that it should be fixed upon providing practical, useful information and insight, applicable to creating games. Better games. Videogames, tabletop games, LARP games, card games and more.

So here’s how I envision things working.

Feedback has been incredibly useful so far, so let me know what you think. I realise much of this is unconventional, but I think that’s part of the point. The way things are being done isn’t working.

Also, what about Popular Ludology or Practical Ludology as a title?