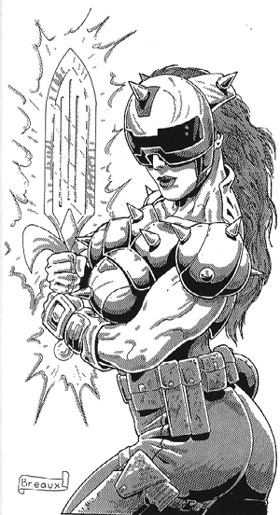 Stunt: Inner Strength
Cyber-Knights can spend FATE to summon a Psi-Sword (+2, Mega-Damage) and/or a Psi-Shield (+2 Armour) out of pure psionic energy.

Inner Strength can be augmented with more stunts later on, which can be used to do the following: 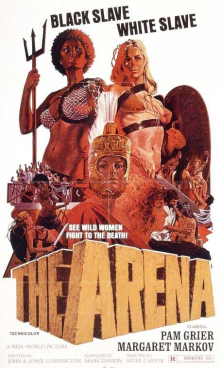 Atlantis (The Isle of Atlas), the lost island or continent, is a pretty damn tired old trope at this point, but it’s also one that many of us have consistently gotten wrong. The Atlantis we think of, the lost scientifically advanced state of philosopher kings and magic, is the complete opposite of what Plato was positing when he was talking about Atlantis.

Atlantis is written as an allegorical naval power, a rival to Ancient Athens – which was Plato’s stand-in for his idea of the perfected Republic – and is also intended as an example of the very opposite of all the qualities he intended to be desirable.

To construct a truly mythologically fitting Atlantis, then, we need to example Plato’s Republic and then to invert it.

The Republic posits a perfect state as being analogous to a perfected individual with their psyche in good order. Plato arranged his ‘state’ psyche along these same lines. The state would be ruled by its intellect – the class of philosopher kings, defended by its spirited and passionate heart – the soldiers and military – and supplied by its appetite – the merchant class.

The societal intellect would be a ruling class of ‘philosopher guardians’, raised in state-run boarding schools with their upbringings controlled to produce perfect, intellectual, selfless rulers dedicated to knowledge and embodying that Plato considered ‘good’ in a dictatorship where everyone has their role.

Atlantis, then, must be a disordered society and one where nobody knows their place, however, to be a true rival to Ancient Athens it must also be powerful. One can see Atlantis, then, as being some sort of ‘socially Darwinian’ free-for all with each and every person contributing via their own particular strengths, in a ‘might makes right’ society.

There would be no strict classes there, only roles that people took on. Success would be the only metric and obedience forced, coerced or extracted voluntarily. It would be a treacherous place with institutional slavery and no guiding moral principles other than ‘succeed’. If it were technologically advanced it would only be because its own philosophers – unfettered by morality or any other forms of reticence – could advance by similarly ruinous and inhuman methods as the Nazis used.

What we end up with, then, is a constant state of flux where the strongest vie to be in charge. This could create a powerfully militaristic society – when they could agree – and one of surpassing cruelty and lack of empathy. A perfect villain, despite the fact that Plato’s Republic – being an absolute dictatorship – looks pretty evil too to modern eyes.

What could their offence against the gods have been to earn them disfavour and to see them sunk? Perhaps a second Prometheus, seeking to steal the knowledge of the gods, or perhaps their worship of the Titans instead of the gods (it is the Isle of Atlas after all) was finally too much of an insult to bear.

In a gaming context this Atlantis would be a cruel, piratical, conquering nation with the cruel attributes and power of the Titans. A warlike people given to constant warfare upon one another and therefore tough, hardened and always prepared for battle. Their accomplishments would be made on the backs of the slaves that their culture owns and their willingness to do whatever it takes to get the job done.

In many ways, a much more thrilling opponent than the wise philosopher kings of current interpretations of Atlantis. 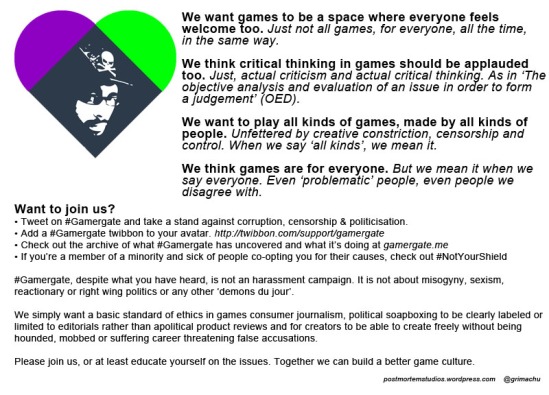 A response to weheart.github.io – We feel it is the actions of ‘Social Justice Warriors’ who with shaming, mob tactics, blacklisting, mass blocking, insults, harassment, threats and attempts to control games media, production and content who have damaged the gaming community and we’re making a stand against it. Both sides are predominantly left/liberal. We’re just anti-authoritarian and want things to progress naturally.