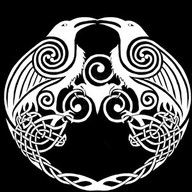 Jard: The jard is a small, flying scavenger about the size of a starling but with a tough beak for tearing at carcasses. Jards travel in vast flocks that can strip a carcass to the bone in minutes, swarming like flies over the corpse. They are most common around Lydius but can be found almost anywhere. Battles attract them swiftly.

Mythologically speaking the jards fulfill the same sort of role that crows, ravens and magpies do in Earth mythology but they fly in great flocks and are much smaller. They seem intelligent, like corvids, and wheel about the sky like fast-moving clouds. To me it’s beautiful, but to many Goreans they’re a sign of ill-omen.