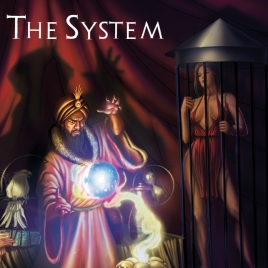 Now that the system has been revealed I can talk about why I chose it, why I didn’t choose a different system or approach and the changes that have been made.

Why The D6 System? D6 is associated with templates, since the Star Wars days, and templates are a great way to have quick, pick-up-and-play characters. They’re also a great way to reflect the caste system of Gor, hidebound as it is by caste, family, city, honour and sexual roles. D6’s templates are an obvious fit for that.

It’s my hope that Chronicles of Gor will also appeal as a gateway RPG to people new to the hobby – at least in the kind of ‘formal’ way it’s played around a tabletop or in hangouts. As such D6 is also a good fit as it has pedigree as a beginners RPG and customising a template is much easier for people who aren’t yet au fait with all the ideas involved in role-playing games.

Why didn’t I choose a more indie/new-wave approach like, say, the Apocalypse World engine? Well, let me lapse for a moment into designer speak.

I am neither of the ‘old school’, traditionalist approach, nor of the new-school approach. There are aspects of both that I like and I can see the appeal of both styles. I’m a big believer that system matters and that a synergy between system and setting produces the best sorts of games.

One thing I am not a huge fan of, however, is social mechanics. A lot of these small press indie games seem to reduce social interaction – which is often the meat and potatoes of a game – to a series of rolls that tend to rob characters of agency and make social game interactions incredibly formal. Having social mechanics can seriously screw up the social aspect of gaming while lacking them can leave you playing a socially competent character ineptly due to your own lack of social skills.

I recall a good friend who kept playing social-heavy characters in a Vampire LARP, but because he couldn’t back up his statistics with the patter in person, he kept failing horribly. Hypothetically having social mechanics enables a character to do something you cannot, just as having good combat stats helps you swing a sword in a way that you – personally – cannot.

Writing for experienced gamers is one thing, writing for (potential) new gamers is another. Many traditionalist gamers have trouble adapting to the abstract systems of indie games and many of them aren’t particularly well explained – or easy to explain. Concepts like ‘turns’ and familiar bits and pieces from computer games (it’s like playing Game X, but BETTER because you can do anything!) help sell the concept.

I’m not looking to reinvent the wheel here or smash the gaming paradigm to shreds in terms of system, but rather to create a good, well designed and accessible game.

To that end I came down more on the side of social interactions coming down more to roleplaying than rolls and away from the sort of constricted focus and structure  that you find in many indie games. 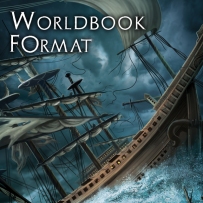 World of Gor: The Gorean Scrolls is the non-game companion book to the Chronicles of Gor: Gorean Roleplaying book.

Despite being a companion book it is written and designed in such a way that it contains no game material as such, only information gleaned from the 33 existing Gor novels about cultures, peoples, practices, food and anything and everything else of interest. Gamers will need both books for a complete experience – if they’re unfamiliar with Gor – while fans of Gor not interested in gaming will be able to buy World of Gor as an art book, guide and reference to the Gorean world. It might be useful for people who roleplay online in a less formal fashion, people who write fan-fiction or people who are just in love with the Counter-Earth and want something extra to add to their collection.

The book is mostly an A-Z encyclopaedia. The entries and items are interspersed with ‘in character’ commentary from a man of Earth, brought to Gor and observing the world around him, ostensibly as an ‘honorary’ member of the caste of scribes, working to write in such a manner as to prime captures and agents from Earth for their new life on Gor.

If we’re funded, both books will be illustrated as much as possible, to present a guide that is as much visual as it is written. In particular I want to do the Panther Girls justice as the fierce, dirty fighters and amazons they are – some of them scarring themselves so as to avoid the attentions of men. It was, after all, Verna who was Marlenus’ only equal in cunning and battle.